In this Coop 1v1 battle you get only one shot which you can then retrieve, and a backup melee attack that requires perfect precision. The first to 16 wins.

And here is a little note to the reader/post mortem now that I've submitted and have gathered my thoughts.

It was 3:00pm, August 2nd 2019. I had been at work for 3 hours, the theme had just been released, and I was brainstorming prompts with different variations of the words "Only One".  My first idea was about being the "Only One" left alive, the second, about following your mom around a grocery store trying to steal candy because she said you can "Only" have "One". Another was that you had to be the "Only One" left alive. I wrote it as a joke, thinking about Fortnight and Pubg, and how ridiculous it is to suggest making a game like that in GameMaker in 48 hours. I think it was this idea, that at 12:30 that night finally spoke to me after I'd been frustrated and without a place to start for the last 3 hours I'd been home.

My paper ideas for this game are completely random and unrelated, as they had been constructed from a place of desperation. But then, in the middle of the page, in a fashion that suggests a deeper understanding of what's being written, there are the words "Coop, you only get one shot, fast movement, circle/zone that becomes smaller. Lots of arena's. You can melee at close range". The first word was key, "Coop".

So anyways... my development took me on a journey of creating this game that I had envisioned, to creating an abstract black and white hide and go seek game, to finding something in between. Although my job cut into some valuable dev time, although converting to HTML broke many important bits of the game just before uploading, and although I'm not entirely impressed with the lack of polish and how I should've done a test upload a bit earlier, what I come away with is another lesson, and a good prototype that feeds the competitive Coop itch I've had for some time.

Maybe I'll work on it again in the future. 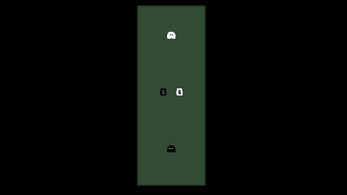 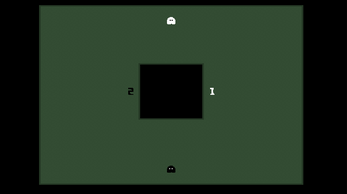 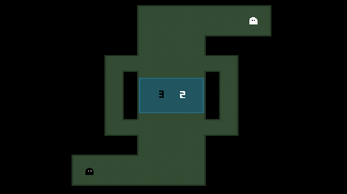 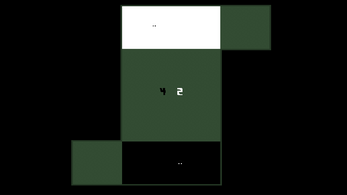 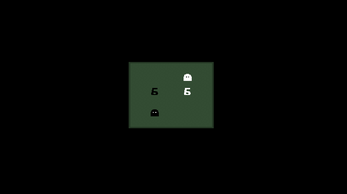 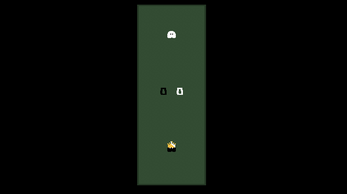